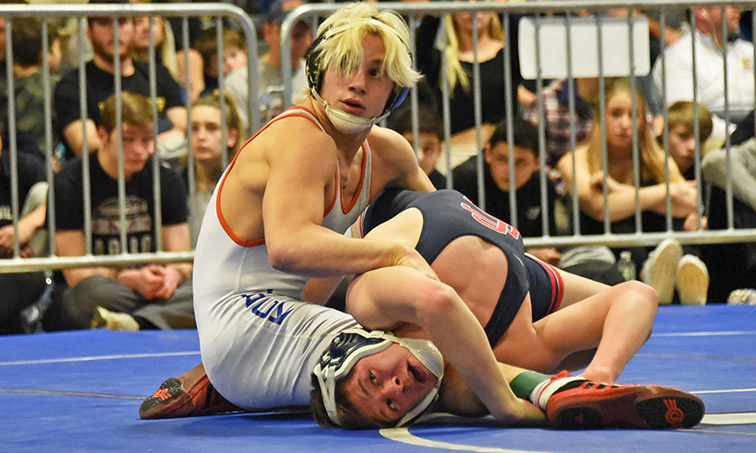 DANBURY, May 16, 2020 — Danbury High senior Ryan Jack has been selected as the Connecticut winner of the Dave Schultz Excellence Award by the National Wrestling Hall of Fame.

The award is presented annually to a high school senior based on outstanding wrestling success, scholastic achievement and citizenship and/or community service.

Jack is the fifth Danbury High wrestler to win the Dave Schultz award and the first since his older brother, Kevin, won the award in 2014.

Ryan Jack is just the second wrestler in state history to win three New England titles. Ledyard’s T.J. Hepburn was the first in 1992.

“It hadn’t been done in (22) years. It’s a very special (achievement) because the way that Connecticut’s level (of wrestling) is so high. Our wrestling is a lot better than it was 25 years ago,” Shook said. “He has been pretty dominant and the pressure has been on him all year.”

“Not many people get a chance to do this (win four Open titles or three New England titles),” Shook said. “You have to be healthy and you have to be good.”

After winning the State Open, Ryan Jack said, “I know if I wrestle well that no one can beat me. That is my mindset. Coach Shook thought there was a lot of pressure but I just went out there like I usually do. I just go out there and see what happens and do my best.”

Jack struggled with some injuries this season to his shoulder and his elbow that made the season a bit more challenging. “I worked my way through it,” he said with a grin.

Jack was also named to the Wrestling USA All-American team and finished his scholastic career with a 167-8 record – the most career wins in school history.

The Jack brothers are the second pair of brothers from the state to win the award. Berlin’s Shawn Reynolds (1997) and Anthony Reynolds (1999) were also recognized.

“This is the 25th year that we have presented our Dave Schultz High School Excellence Award and we’re excited to recognize another group of young men, who have excelled not only on the wrestling mat, but also in the classroom and in their communities,” said Lee Roy Smith, Hall of Fame Executive Director.