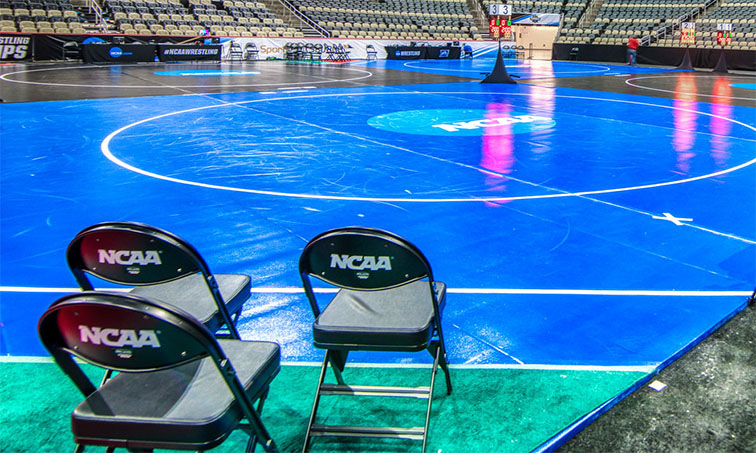 Connecticut’s Department of Health has not changed on their guidance regarding wrestling this winter. (Photo courtesy Sam Janicki)

In early November, Connecticut’s Department of Public Health (DPH) didn’t recommend that wrestling be allowed in the state this winter to help stop the spread of the contagious COVID-19 virus. Eight weeks later, DPH has not changed their stance.

In a letter to the Connecticut Interscholastic Athletic Conference (CIAC) last week, DPH said they do not recommend any activities in wrestling be allowed this winter season. Small group conditioning and non-contact skill building activities would be allowed but that could be challenging since wrestling is a contact sport

Wrestling is classified as high risk by the state and the National Federation of State High School Association (NFHS). Sports classified as moderate risk sports – such as basketball, ice hockey, gymnastics and indoor track – will be allowed with modifications, which would include all participants, coaches and officials wearing a mask.

The CIAC’s Board of Control is scheduled to make a decision Thursday on winter sports based on the Department of Health’s guidance and recommendations from the governor’s office.

The CIAC did prepare a draft of a winter sports plan that they will consider at Thursday’s meeting. The CIAC shared it with schools across the state earlier this week.

While the DPH’s guidance is to not allow wrestling, the CIAC’s winter sports plan did include recommendations prepared by the CIAC’s wrestling committee to make the sport safer for the athletes including no tournaments, no multi-team events, a limit of 14 dual meets and everyone wearing masks at all times – except during the actual match.

Mats would be disinfected between bouts and there would be no overtime in matches. Wrestlers would practice in small groups to limit potential exposure. Additional recommendations are in the draft of their winter sports plan .

All sports at the youth and high school level have been on hold since November 23 as the direction of the Department of Health and Connecticut Governor Ned Lamont  If approved, practice for moderate risk sports could begin again on Tuesday, January 19 with games beginning on February 1.

“We’re about a week away from practice beginning for moderate risk sports – ice hockey, basketball, indoor track and swimming,” Lamont said in a daily COVID-19 briefing on Monday. “Not (for) wrestling, I’m afraid.”

Wrestling at the collegiate level is allowed and Sacred Heart, Connecticut’s lone Division I program, is competing. The Pioneers had their first dual meet of the season on Saturday and have four more dual meets scheduled.

Head coach John Clark and his staff are holding up to seven practices a day to help keep his team healthy and ready to go. By hosting multiple practices with a small number of athletes, the Pioneers are trying to avoid a large group of athletes having to quarantine due to contact tracing if a teammate tested positive for COVID-19.

However, not every college team is wrestling. All the Ivy League schools cancelled their seasons.

At the high school level, the New England wrestling championships have been cancelled. New Hampshire is the only New England state competing this winter. There will be no tournaments and teams who are competing will be limited to two dual meets per week with a maximum of 10 dual meets. The season will conclude with a dual meet tournament over a two-week span.

Vermont cancelled wrestling for the year while Maine, Massachusetts, New Jersey and Rhode Island shifted wrestling to the spring. New York state’s wrestling season is on an indefinite hold.

There may be an opportunity for high school wrestling in Connecticut in late March. Sports that don’t get an opportunity during their traditional season may be able to play in an alternative season from March 19 through April 17.

Football, another high risk sport that was cancelled last fall, is hoping to play some games during this period, which might impact the ability of wrestling programs to field a team if both are competing during that alternative season.

No. 2 Coast Guard opens with a dominant win over Rhode Island College

No change for high school wrestling in Connecticut

U.S. Olympic Trials will be in Texas in early April

No change for high school wrestling in Connecticut