Hall’s Drew Currier, right, gave the home fans something to cheer for with a Greater Hartford Open championship last January.

The Connecticut Interscholastic Athletic Conference’s (CIAC) Board of Control voted Tuesday to postpone the start of the scholastic winter sports season until Tuesday, January 19, 2021 due to the COVID-19 pandemic.

That is the first date that practices could held. With sports requiring 10 days of practices, competition could possibly begin in the first week of February.

Glenn Lungarini, executive director of the CIAC, all sports are currently scheduled to start, including wrestling, which is currently classified as a high-risk sport by the Connecticut Department of Health. A decision on wrestling would be made in January.

The Department of Health issued guidelines last week that doesn’t recommend any wrestling matches or practices be allowed this winter in Connecticut. Wrestling is classified as a high-risk sport by the state.

COVID-19 infection rates have been on the rise in Connecticut and around the country. Connecticut Gov. Ned Lamont reported Tuesday that 1,702 state residents tested positive for the virus with a 5.16 positivity rate.

Positive tests across the state for COVID-19 have resulted in teachers and students being forced to quarantine. Some school districts are struggling to keep enough teachers in school due to quarantining.

The CIAC and their member schools are placing a priority on keeping students and teachers in class for in-person learning. Some school districts adopted a hybrid model with students split into cohorts attending school two days a week and attending remotely two days a week.

Published reports have some state school districts moving to all remote learnings mainly due to staffing issues due to positive tests and quarantines to minimize the spread of the virus.

“We want our kids to be in the classroom as much as possible and we want our communities to be safe,” Lungarini said. “The (Board of Control) felt this decision gave clear direction and keeps safety in our schools at the forefront.”

Pre-season practices for winter sports were originally scheduled to begin on November 7 with games beginning on December 7.

The CIAC Board of Control will continue to collaborate with the state Department of Health (DPH), Gov. Lamont’s office and the Connecticut State Medical Society’s Sports Medicine Committee to evaluate the situation.

Lungarini said the CIAC will be meeting in the coming weeks to adjust the winter schedule. It normally ends in early March. A normal wrestling season usually begins in the third week in December and is over by mid-February when consecutive weekends of tournaments take over concluding with the New England championships

Sports that don’t get an opportunity during their traditional season may be able to play in an alternative season from March 19 through April 17. Football is hoping to play some games during this period, which might impact the ability of wrestling programs to field a team if both are competing during that alternative season.

Simsbury had a senior-dominated team that was set to make a run for the State Open championship. Because of its high-risk status as determined by the state Department of Health, they can’t even practice at this time. Only non-contact drills are allowed — which isn’t helpful in a contact sport.

Head coach T.J. Silva is hoping to at least practice as many local high school football teams did this fall. “I am hoping whether we go in January or the alternative season is for the kids to have an opportunity to have a positive experience. I hope at the very least they can get into the (practice) room and be with their teammate, get some training and have a positive experience.”

Connecticut isn’t alone with wrestling being cancelled. In New York State, wrestling, basketball and hockey are on ice indefinitely. All are classified as high-risk sports. In Maine, no matches are currently allowed and wrestling can only hold social distanced practices at this time.

Massachusetts and Vermont have both cancelled wrestling for this winter season along with the Founders League that includes Loomis-Chaffee in Windsor, Avon Old Farms, Hotchkiss School in Salisbury, Taft School in Watertown and Trinity-Pawling in Pawling, N.Y.

New Hampshire is planning to move forward with the winter sports. Wrestling, basketball and hockey in New Hampshire could begin on January 11.

Lungarini praised the work of schools, athletic directors and athletes this fall in Connecticut

He said there were 7,800 contests in all sports at all levels. If you add in practices, it was an estimated 31,000 events. Lungarini said there seven positive COVID-19 tests that could were traced back by local Departments of Health to a CIAC or a school-sanctioned event – a transmission rate of 0.22 percent

“The strategy, the work of our athletic directors, the adherence of our coaches and athletes (to those protocols) was exceptional,” Lungarini said.

He said the CIAC was proud to provide around 30,000 athletes an opportunity to play sports this fall. Despite being limited to regional groups, schools fielded teams in boys and girls soccer, field hockey, girls volleyball, girls swimming and boys and girls cross country.

Football was not a sanctioned or sponsored activity by the CIAC and its member schools although some students did play in private football leagues. 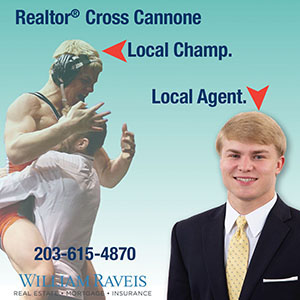