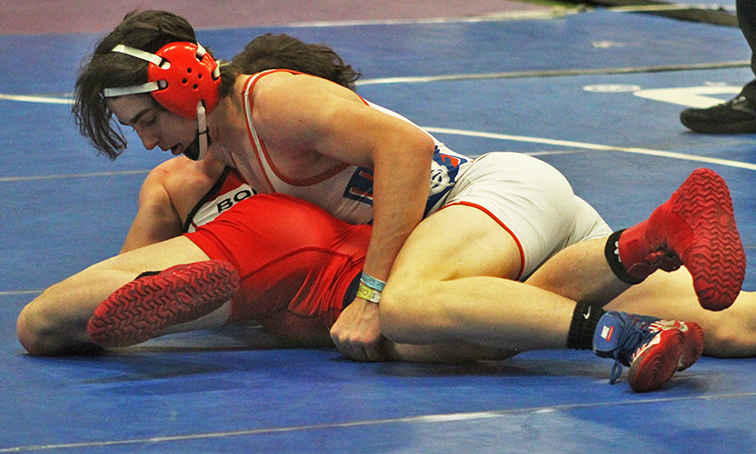 It was the first large high school wrestling event in New England since the COVID-19 pandemic swept through the nation a year ago.

Mats were spread on the artificial turf surface at the PhanZone Sports Center in Hampstead, a 70,000 square foot facility used for a variety of indoor events – normally indoor soccer, football, lacrosse and field hockey. Masks were required at all times except during competition on the mat.

There were two All-Connecticut finals at 145 and 152 pounds.

Mastroianni battled Kane in the final at 145 pounds with Mastroianni coming away with a 4-0 decision. Mastroianni, who will attend New York University in the fall, took a 2-0 lead with a takedown with 48 seconds left in the first period and added a two-point near fall in the second period.

Both wrestlers have competed for Greens Farms Academy in Westport in the past and both train at South Side Wrestling Club in Bridgeport. Mastroianni went 4-0 in the tournament with three pins (47 seconds, 3:19 and 3:07). Kane was 3-1 with two pins.

Finn went 3-1 in the tournament with a pin and a thrilling semifinal win over Anson DeWar of Merrimack, N.H., in overtime, 5-3. Down by two in the third period, Finn got a takedown with 48 seconds remaining to tie the bout at 3-3. Finn got the match-winning takedown with 30 seconds left in OT to secure a spot in the final.

O’Dell (126) went 4-0 in the tournament and had a dominating 12-5 win over Gabriel Bouyssou of Scituate, R.I. in the championship match. O’Dell had four takedowns in the final to secure the victory. 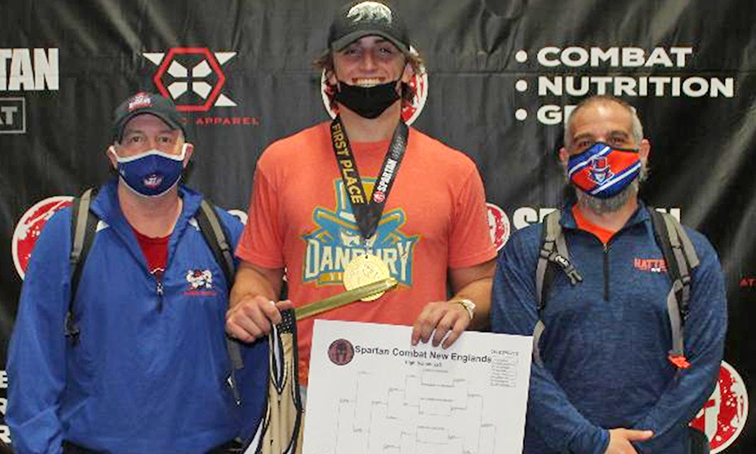 In the finals at 106 pounds, Isiac Paulino of Athol, Mass., got a takedown with 47 seconds left in the third period to beat Trumbull’s Michael Longo in the final, 3-1. Longo went 3-1 in the tournament, advancing to the finals thanks to three pins.

At 195 pounds, Bartush fell to top-seeded Conor Maslanek of Pelham, N.H., in the final losing by pin in 5:26. Bartush went 3-1 in the tournament with two pins.

Seyfried took third at 120 pounds with a 3-1 win over Zachary Soda of Burlington, Mass., thanks to a takedown with 1:08 left in the bout.  At 132 pounds, Hebert outlasted Timothy Cook of Scituate, R.I., in a wild 18-14 match to finish third. Hebert went 5-1 in the tournament.

Agate was third thanks to his pin of Doug Clark of Saugus, Mass., in 3:49.